Rising Stack is a Silver member of the Node.js Foundation and an important node.js and javascript user. They handle enterprise grade node.js development and consulting, working on full life cycles of JavaScript applications. This summer, they conducted a survey on 1126 node.js developers from the 11th of July until the 15th of August. The survey covers several aspects of node.js development and tells us a lot about how developers work with node. 55 % of the questioned developers have been working with node for more than two years while 26 % have between 1 and 2 years of experience.

When it comes to databases MongoDB was the clear winner, as more than 63% of respondents chose it as their database of choice. Second was Redis, followed by MySQL/MariaDB. 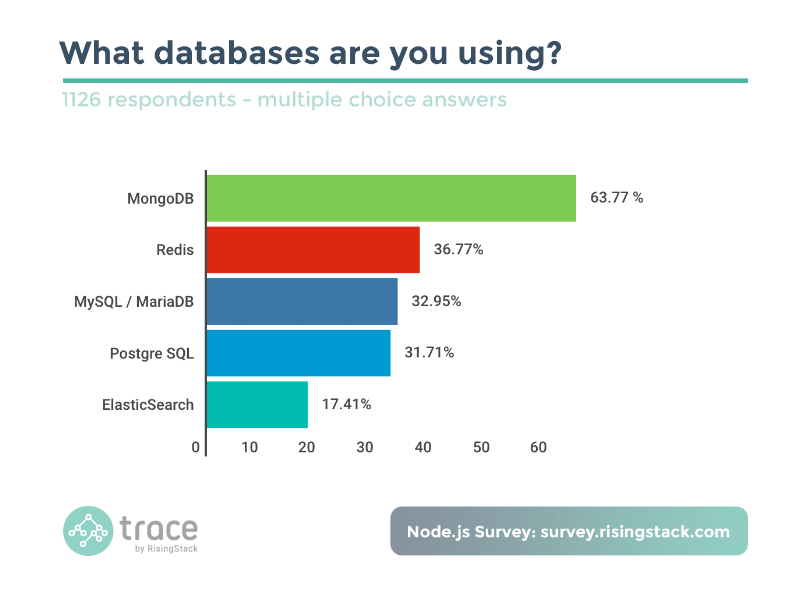 The survey also showed that developers with more than 4 years of experience lean towards Redis and PostgreSQL. 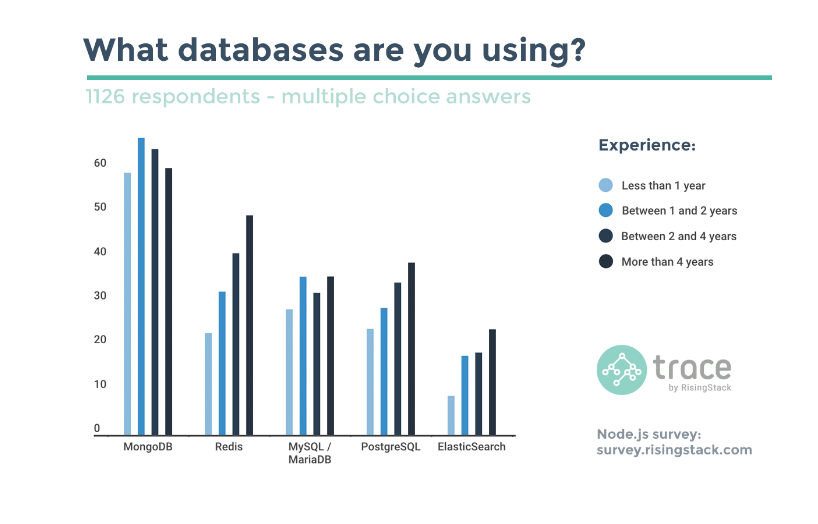 The cache section of the survey led to some surprising results. Although Redis came out as a clear winner with 48%, almost 44% of respondents said they don’t use any! 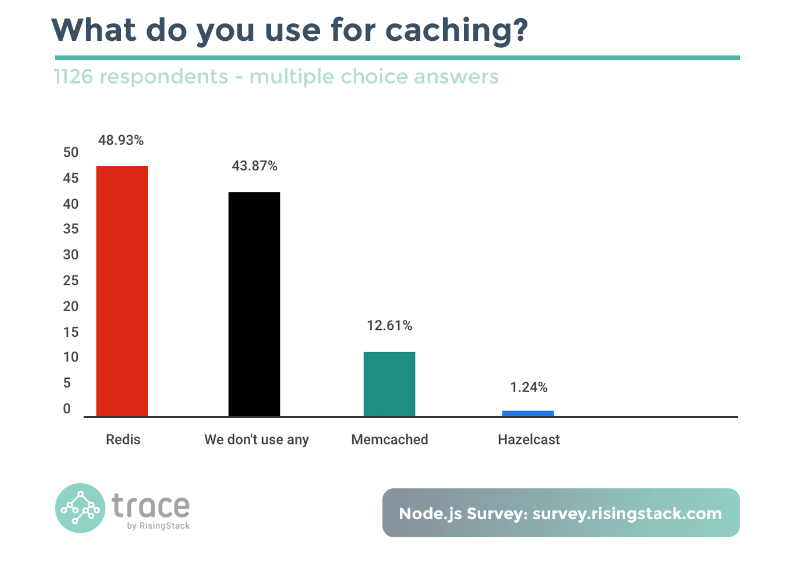 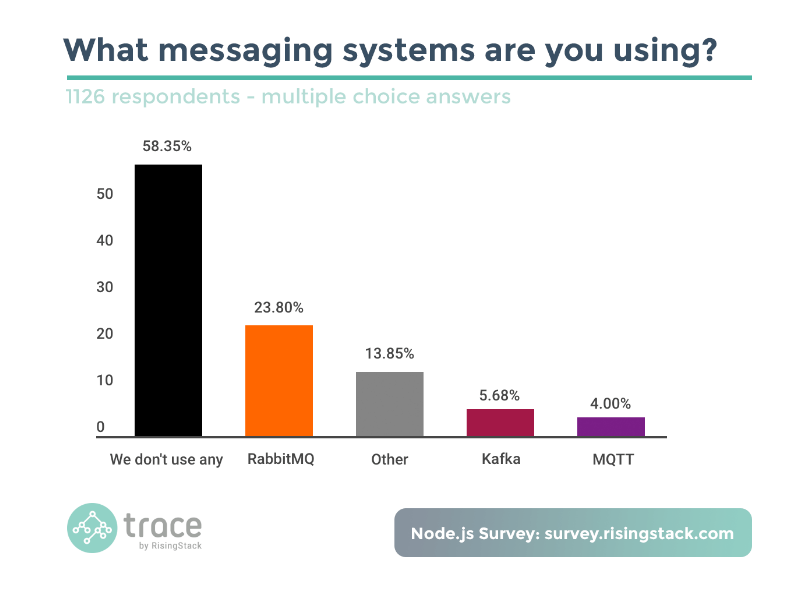 AWS is the most popular choice for running node.js apps with 43%, followed by the option of having your own datacenter with 34%. The third and fourth choices are DigitalOcean with 25.22% and Heroku, 24.51%. If we cross this piece of data with company size, we see that more than 50% of enterprises (with more than 10.000 employees) run their own data center, while self employed individual or small companies turn to DigitalOcean. 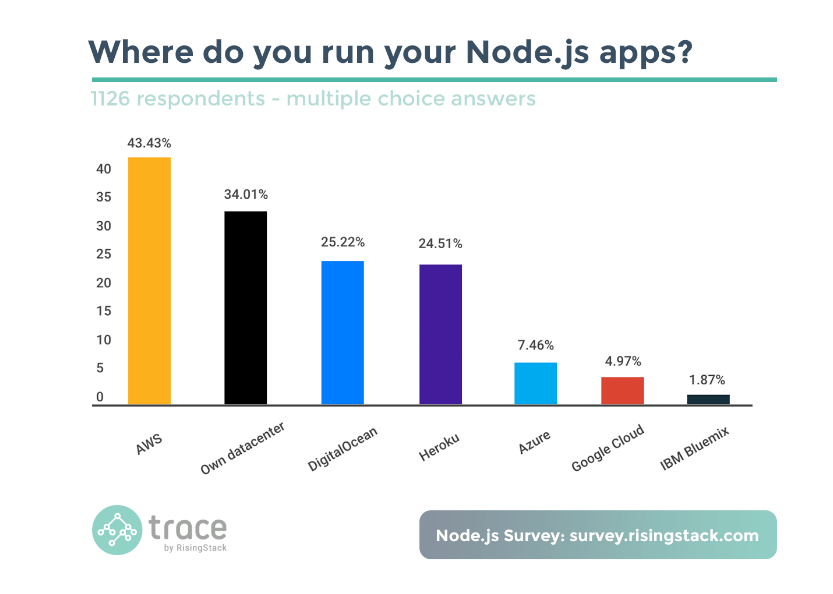 When it comes to containers, Docker is the way to go. At least that’s what 47% of respondents said. It’s very popular in all company sizes, with a small inclination towards developers with more than 4 years of experience.

The survey covers a wide variety of questions and topics, here’s a quick brief up:

The survey also covered the pain points of node.js development, which consist of: