Stack Overflow recently released the data on their yearly developer survey. 64.000 developers, from 213 countries completed the survey in January. 57% of them completed the entire survey while 24% completed enough questions to being considered as well. In total they had 51.392 usable responses from: North America (13.717) , UK and Ireland (4740), France (1740), Germany, Austria, Switzerland (5221). The rest of Europe brought in 10757 responses, while Asia, Pacific and Australia brought in 11528, Africa 1249 and South America and Central America had 2098 responses. 155 chose not to identify with a region.

This is the fifth edition of the survey and also the fifth time that JavaScript conquered the title as the most commonly used programming language. This can only be good news for the Node community. SQL takes second place and Java third. Another breakthrough this year came for Python, it overtook PHP for the first time since the survey is conducted. 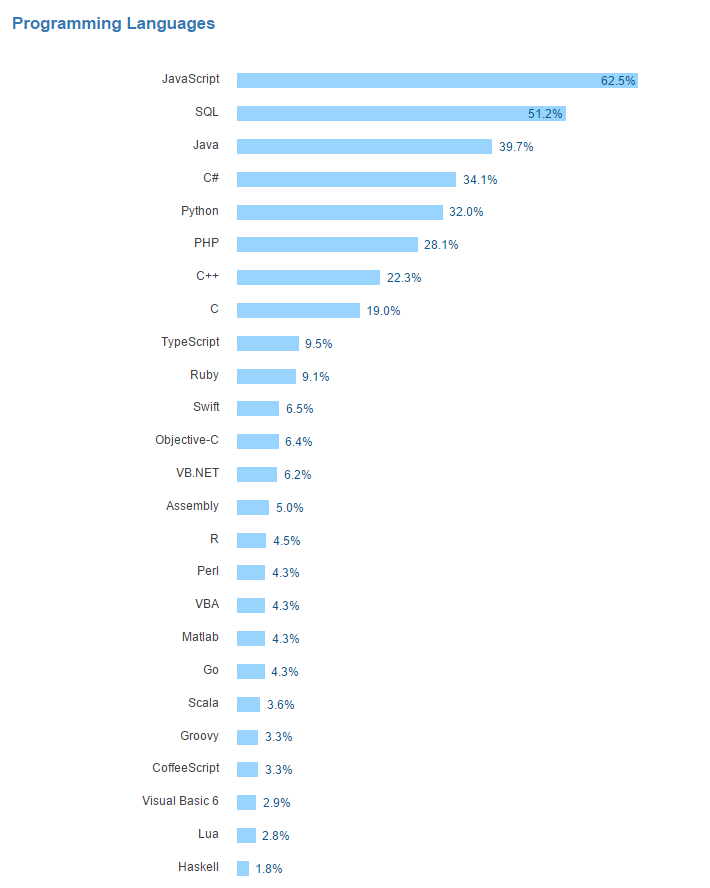 In the Frameworks, Libraries, and Other Technologies section Node.js is on top again, followed by Angular, another JS based framework. 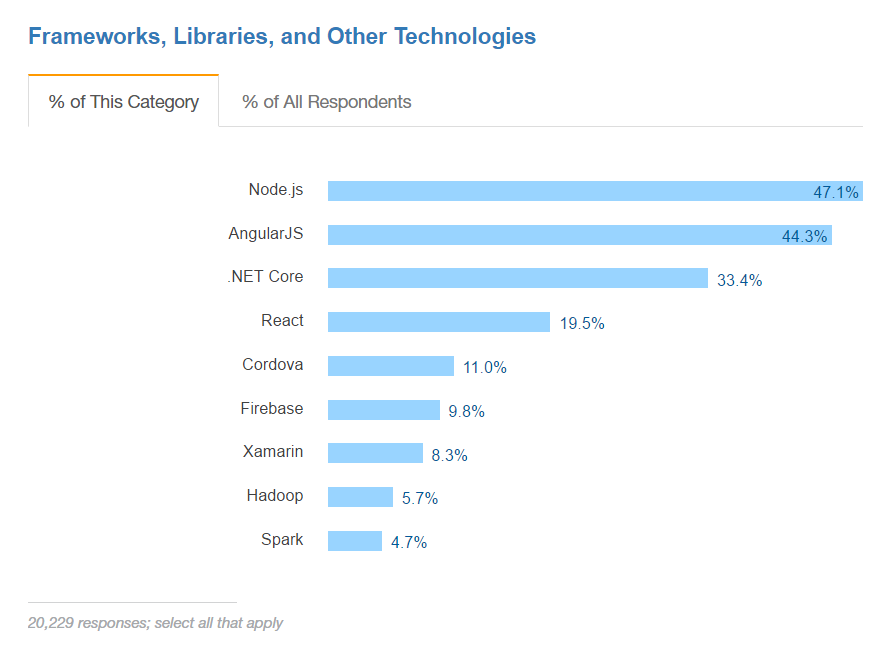 The survey also included a Technology Popularity Over Time section where you see the popularity of lack thereof of a given technology for the past 5 years.  Node.js went from 8% in 2013 to 26% in 2017. 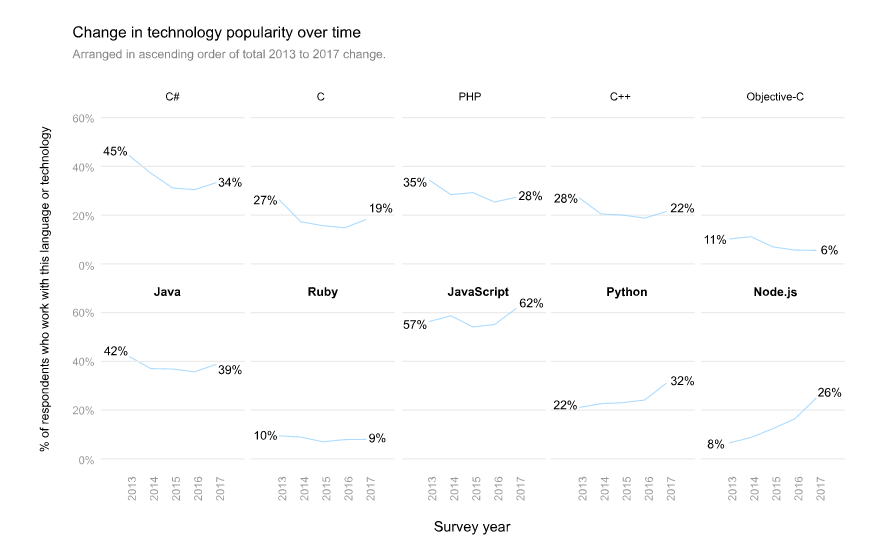 A very interesting section of their survey is Most Loved, Dreaded, and Wanted Languages, not just statistics and facts, but also preferences.

For the record this section implies that developers that are using a certain technology, love it, dread it, or want to use it.

The same principle applies to the Most Loved, Dreaded, and Wanted Frameworks, Libraries and Other Technologies section.

React wins first place and Node takes the silves on the loved leaderboard, Cordova “wins” the most Dreaded award and, * drum rolls please * Node.js takes the top of the Most Wanted section! 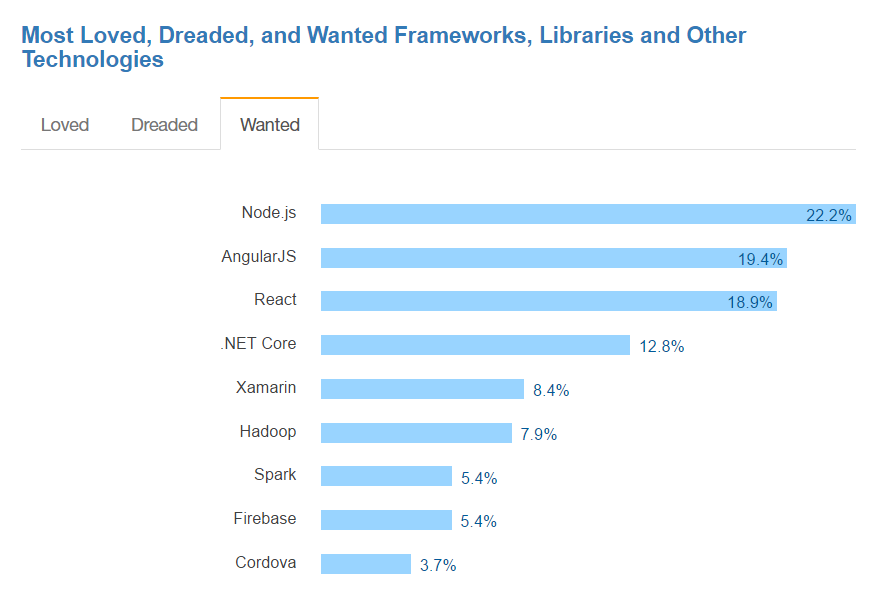 Here are a few more interesting facts from the survey:

Check out the full survey on Stack Overflow.