The rise of Node.js in popularity, jobs and company usage

Node is very young, yet it has huge momentum,  because of its characteristics and because of, well, let’s just call it the boost of JavaScript. As server-side JavaScript, Node is very accessible to those who already know JavaScript (and there are plenty of people there) and practical for companies who can work in just one language for development. But let’s not just brag, like the saying goes – put your money where your mouth is, or in this case, the numbers.

Google Trends shows the search traffic over time for certain terms. By following this graph you can get a good picture on how relevant and popular a certain term/trend is. 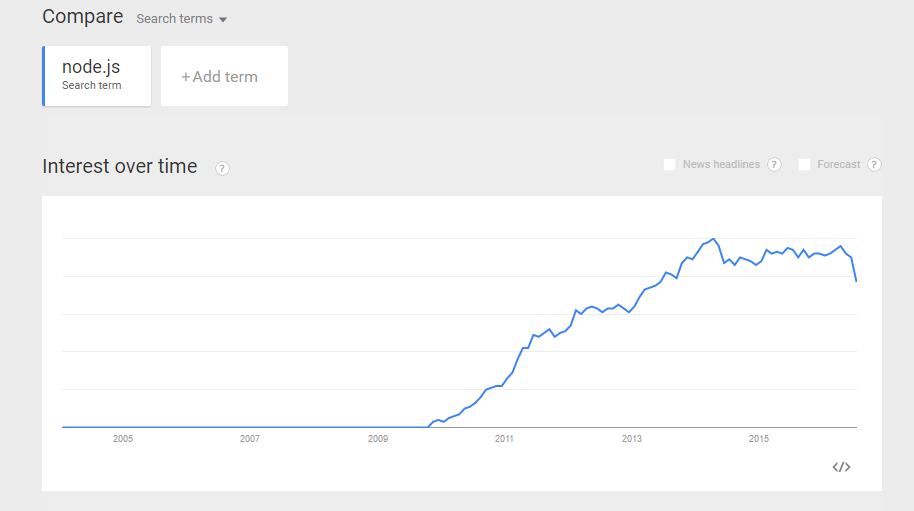 The overall trend is positive, no surprise there, but as Node is reaching a more mature stage in its life, it’s also beginning to stabilize. Google trends is a useful resource to check out actual data regarding trend popularity. (the small decrease at the end of the graph is represents the month of July, that is still being processed). It offers a lot of useful data, including a region based graph. 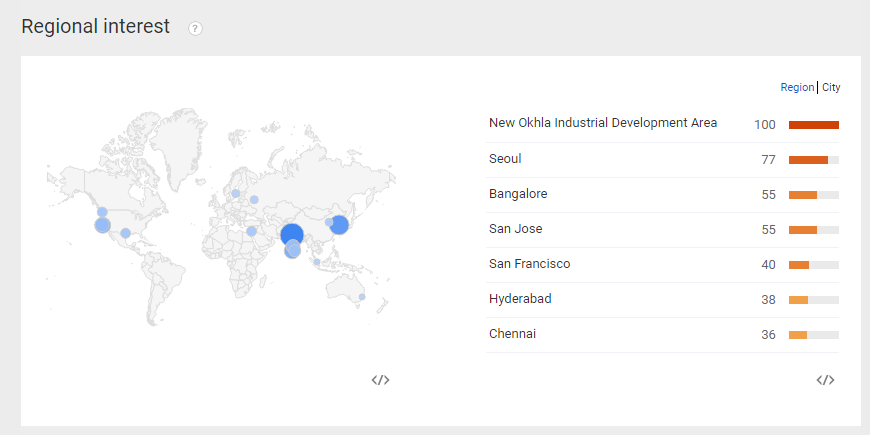 As you can see there is a lot (a lot!) of interest in node.js in Asia, mostly in India and South Korea.  The first three cities are all big IT hubs, Bangalore is actually dubbed the Silicon Valley of India while the next two cities are in the original Silicon Valley.

Most of you, or probably all of you know about indeed, a huge (by size and popularity) job search engine. If you ever hunted for a job you most likely also used Indeed. Well, besides job posts, Indeed also has a trends section where you can see how certain job terms evolve over time.

We took Ruby on Rails as a competitor because it’s in the same ballpark with node when it comes to age, it’s also a relatively young language, they’re only 4 years apart. Also, both Node and Ruby on Rails have a strong relationship with other large and dominant programming languages, JavaScript for the former and Ruby for the latter.

Companies and startups for usage

There are quite a few big names. Big companies that adopted Node in the detriment of other more established programming languages, like Java for Paypal and Netflix, we wrote about both of them, here on our blog. Here are a few big brands that use Node.js.

Check out our site to see more companies and startups that use Node.js.