The Node Foundation announced last week that Node 8 was finally released. I say finally because as you may or may not know, it was delayed for about a month. According to the support and release calendar, Node 8 was supposed to be released in April. The short reason for the delay was:

“We want to give ourselves the option to ship the Node.js 8.x release line with the TurboFan + Ignition pipeline, which will become the default in V8 5.9. This would allow our next LTS release line to run on a more modern compiler + jit pipeline, making backporting easier and giving us a longer support contract from the V8 team.”

You can see the full explanation on Medium.

A few of the Node V8 features:

Caveat before moving to Node 8

Those who need stability and have complex production environments (i.e. medium and large enterprises) should wait until Node.js 8 goes into LTS before upgrading it for production.

“The LTS release line is focused on stability and security and is best for those who want guaranteed stability when they upgrade and/or are using Node.js in the enterprise.” 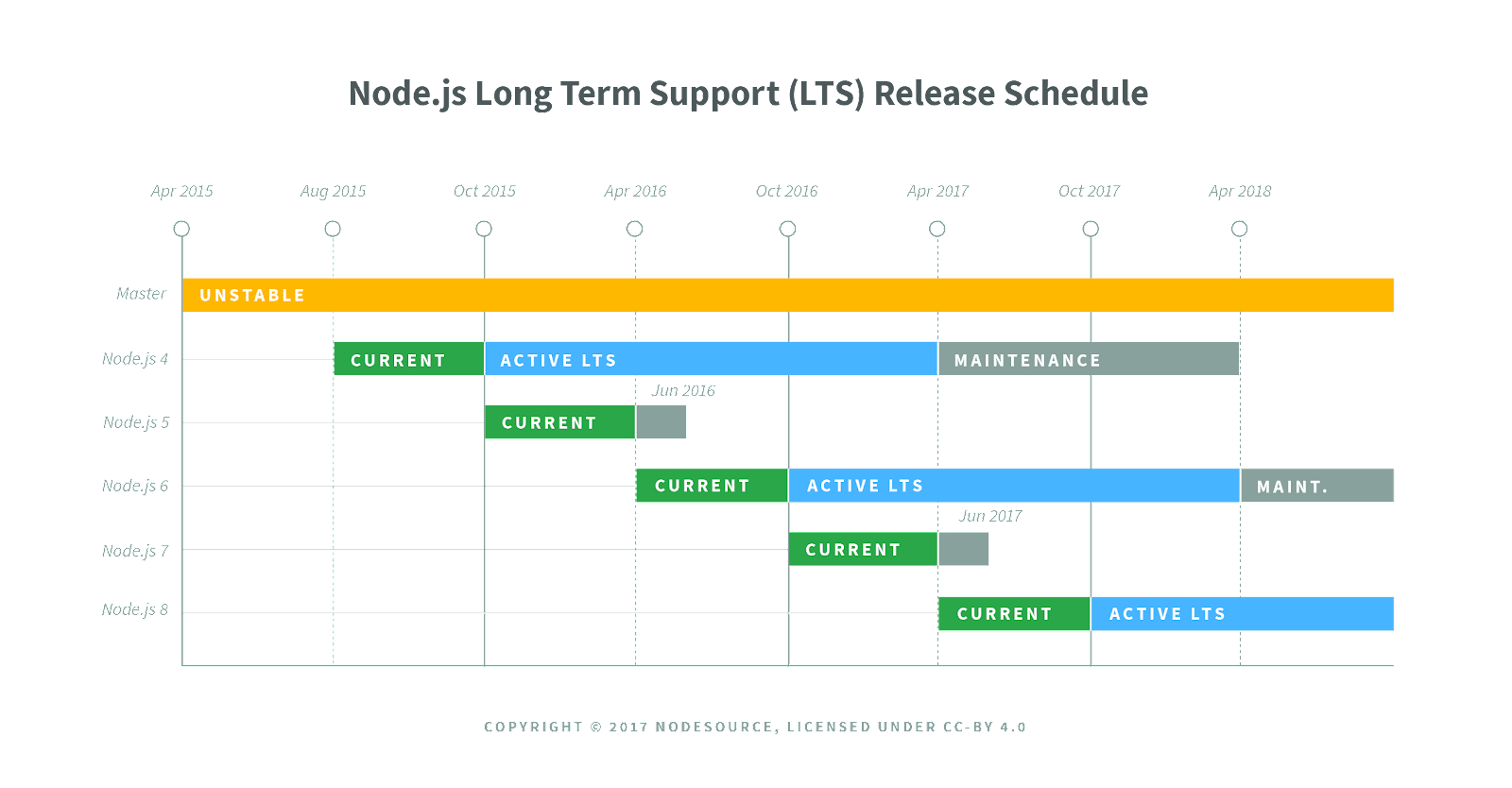 There are 2 releases each year (April and October). Each version becomes the current one when it’s released. April releases, even ones (6. 8, 10)  go into LTS (which lasts 18 months and covers bug fixes, updates, improvements etc) when the next version is released.

October release, odd ones (5, 7, 9) do not have LTS periods and have shorter life cycles at around 8 months, being supported for only two months after the next release. They’re meant to be testing grounds for new features and generally have a bit of instability.

As you can see Node 7 will only be supported until June (this month), being an odd version. I know, it’s complicated.

If you want to see how the entire release process works, you can find more data in one of our previous articles on the Node.js support and release calendar.