This is a statement from Mikeal Rogers, community organizer of the Node.js Foundation, from a recent interview with the New Stack. This is someone who has been involved with Node.js, hands on, since it was released. You can check out the New Stack interview – you can read the full story, but basically he’s been a Node junkie since the second day it was released. That was in 2009.

Mikeal mentioned that there are currently about 8 million estimated Node.js users with a 100% growth rate per year. Last year the Node.js Foundationed announced that they have 3.5 million users, so the 100% growth rate, at least for the time being, is right on the money.

Basic math would put Node.js users at around 16 million next year. So how many users does Java have?

Oracle hasn’t released any official data on this so it’s just conjecture at this point, but considering their (maybe) growth rate, there should be somewhere between 12-14 million Java developers right now. Again, it’s just a guessing game.

But let’s look at some numbers!

The TIOBE index is an indicator of the popularity of programming languages. Popularity being an important factor for adoption, is a good way to compare the two. The TIOBE rating is based on  the number of skilled engineers world-wide, courses and third party vendors. It used 25 search engines to calculate the index. You can learn more about it here.

Java has been very popular for a long time before Node.js was even released. Checking out the history index in TIOBE we can see that it was the number one language on more than one occasion. 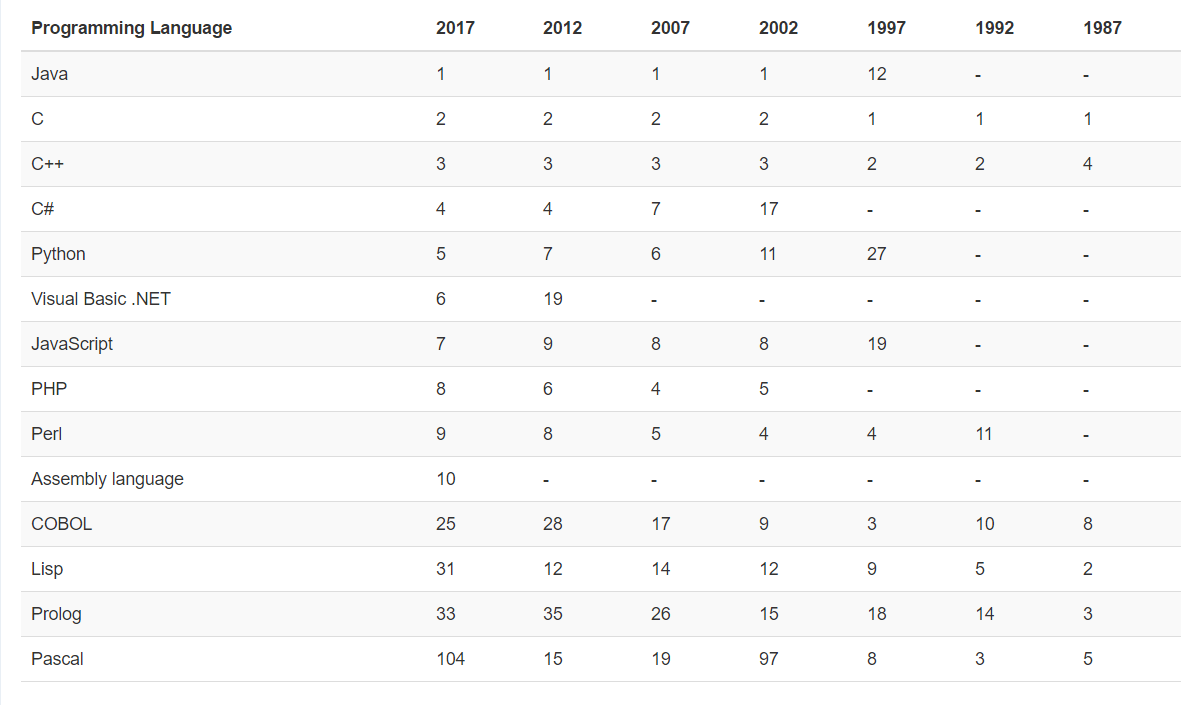 So far, this year it’s again the most popular language. Here’s Java over time. 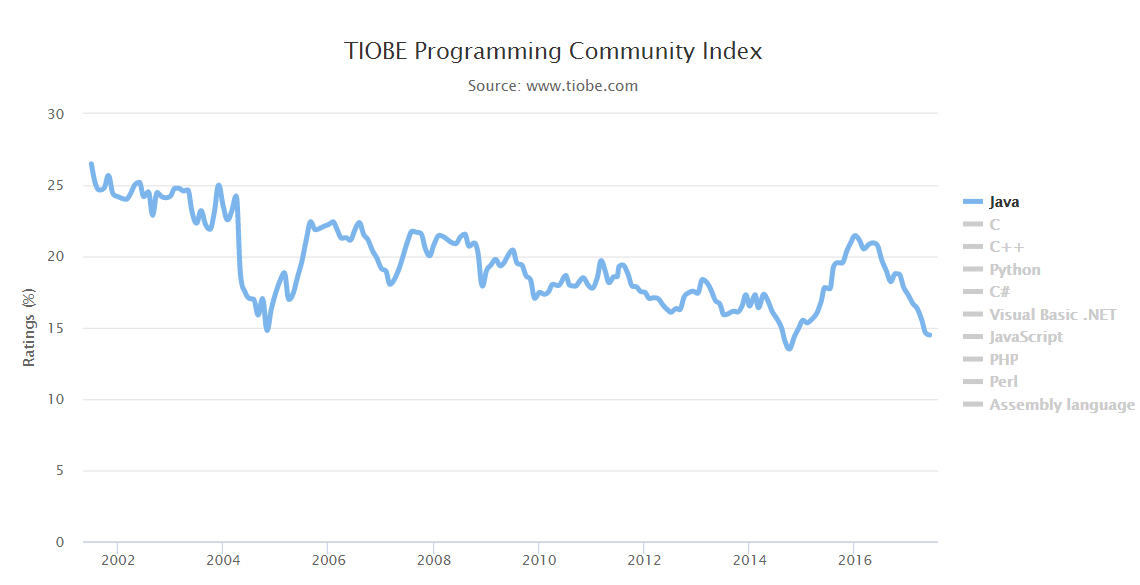 Now you might be wondering where’s Node related to this. Well, TIOBE doesn’t count node.js because it’s not an individual programming language. That means it gets counted in the JavaScript section.

Nevertheless, the TIOBE index shows a mature and popular Java. That being said, consider that PayPal and Netflix moved from Java to Node.js. Java might be popular, but companies will still change stacks if something better comes along and Node.js has its share of attributes that make the change worthwhile. There are also plenty other Node.js companies to check out.

HackerNews has a whoishirign section and a tracking system for jobs. In the picture below you can see a comparison of Node js (blue) and Java (black) from August 2011 to June 2017. This is also a subjective comparison, it only takes into account the Hacker news platform, but as an indication it follows the same trend as the previous resources mentioned.

Using the Stack Overflow Survey we can directly compare Java and Node.js. Take into account that the survey is representative only for Stack Overflow users.

Again, if we take the programing language section we end up comparing JavaScript and Java as Node.js doesn’t qualify. For the record JavaScript is the most popular programming language, while Java take third place. But in the technology popularity section we can see the evolution on Java and Node.js over the past five years since Stack Overflow started conducting the survey. 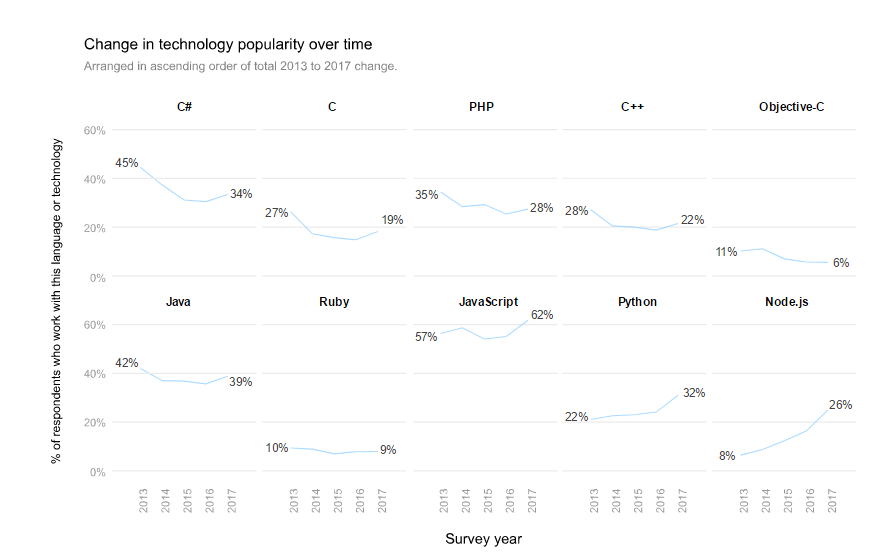 Considering the trend(s), even with just a slight drop for Java,  Mikeal’s prediction might be true if the Node.js 100% growth rate carries on.

That means that Node.js in on the right track to take over Java in terms of users.