A new year has began, a new journey for Node.js as a technology and for every developer and professional in the field. Most people start their year with a few resolutions, a few guidelines or challenges for the new year. It’s actually a great way to set yourself some objectives and to try at least to plan a bit. But it’s not just thinking ahead, it’s challenging yourself to do more in the new year. As node.js developers you are working with a technology that is both up and coming and highly valued.

With the Node Foundation the community and the ecosystem are progressing smoothly, there is plenty of transparency and the community members are increasing, so there is a lot of support to go around. Node gets updates regularly, in April we will have a V8 version and in October a V9 version. Basically things are going well and beyond. So what’s the challenge here?

Here are the industries that have adopted node.js so far. It’s a big list, which is very good news. 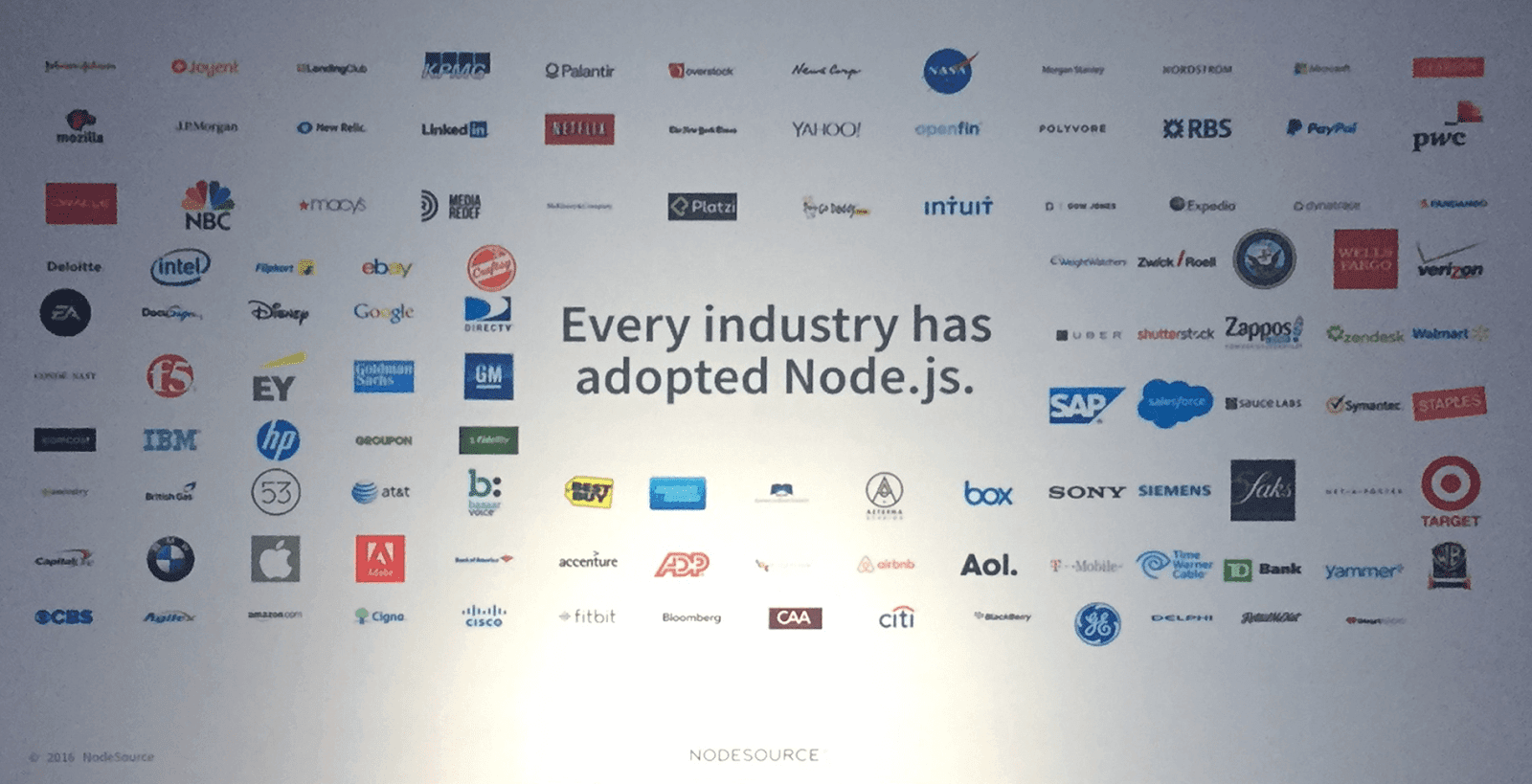 Also, Node.js is currently the largest open source platform with more than 15 million downloads per month and more than a billion package downloads per week. In less than 7 years Node got to the point having from a few dozen to 1.100 contributors.

We’re in a good place right now, but, there is always a but.

Becoming a better developer is something personal, it’s not related just to Node.js s a technology, it’s connect to your own desire coupled with the possibilities offered by the environment. The Node community is vibrant, with plenty of learning materials and experiences getting showcased so there are a lot of ways you can grow yourself as a developer.

Use the new node versions, read, write, explore and try to keep up with as much as you can in 2017.

Node.js has been adopted by many enterprise size business and also a lot of small startups, our community is a testament of Node companies and startups, but for 2017 it should go bigger and better, the challenge here is not to get capped, to not stumble and fall as it grows, to not divide and go in different directions. The challenge here is not to rest on one’s laurels and take things for granted.