CronJ is one of the Node.js companies that joined our BuiltinNode family recently. They are a software development company focusing on JavaScript, in various forms – Node.js, Angular.js and React. They focus mostly on Node.js having more than 40k hours of experience in this technology. They are a great example on how a company can be built on node.js technological capabilities. It was started from a passion of node, by their two founding members, Akash and Monu. They saw in node.js a great opportunity so they took a chance on a company built on it. A company built by developers who actually worked on node.js and had a good grip on the entire stack., also contributing in several open source projects.

It’s also worth noting that this is a success story, one of many, from Bangalore, the Silicon Valley of India. As we mentioned in one of our earlier articles, the regional interest in node.js is quite interesting, as involvement in node.js is very high in Asia, especially in India and South Korea. CronJ is one of the companies that pushed forward in node development, working with clients from all over the world. Check out their portfolio here. 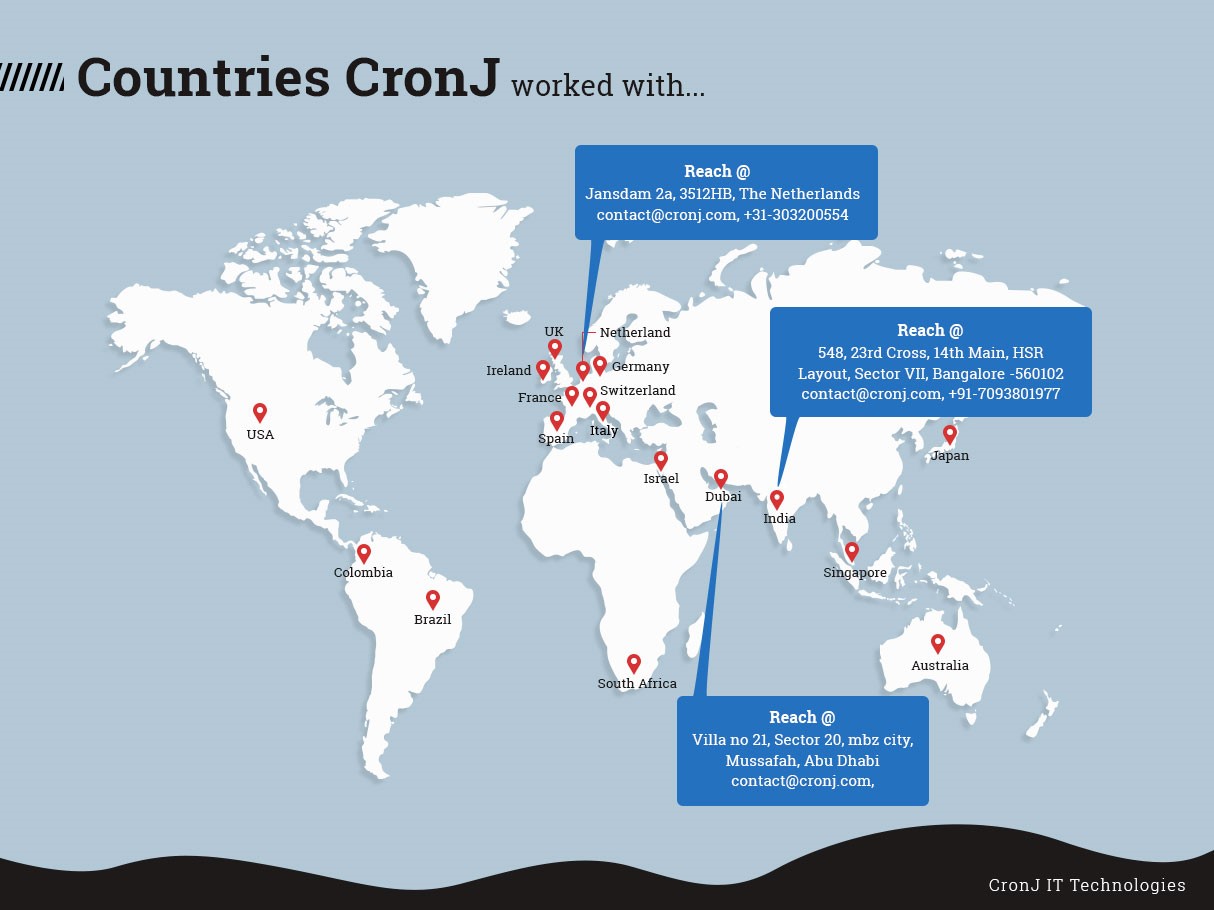 CronJ has worked with more than 18 countries, proving the demand in node.js and its rise in the programming world. They became a strong JavaScript development company in 4 short years, by betting strong on Node extensively in their projects. CronJ is truly a full JavaScript house, one that currently encompasses 30 team members that work on real-time applications, e-commerce platforms, gaming networks, social networking platforms etc. They use Node.js as their main technology but they’re experts in complete MEAN stack development. CronJ has been working with startups, mid-sized companies to enterprise large scale companies like USA Today, Mitsubishi, Apollo Hospitals, Cairn India, 9X Media and many more.

They rely on node.js and support it equally, right now they also want to hire close to 50 developers this year, so keep tuned for job posts on the job board and don’t forget to check out their profile.